“Sorry, We’ll Fix It” Seem To Be The Hardest Words 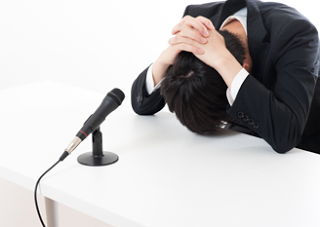 In speaking about the Volkswagen emissions scandal, Johns Hopkins Professor Sylvia Long-Tolbert noted, “I don’t think people will be able to understand… a company that has misled consumers and been dishonest… people aren’t going to feel very confident in buying that [brand]… People want companies to acknowledge that a problem exists.”

Brand problems will always happen. But it’s how brands respond that will make or break consumer trust. According to an Ohio State University study on the power of apology, it was noted that the most important thing you can do is admit responsibility, “Say it is your fault, that you made a mistake.” A concern about apologies is that talk is cheap. It’s different if you say ‘I’ll fix what is wrong.’

And while Mattias Mueller, the chief executive of Volkswagen did have a “2 minute conversation” with President Obama to “personally apologize to him for our behavior,” the company has not extended that same courtesy to the U.S. public. Instead, in his prepared apology remarks to the U.S. public Mueller was somewhat defensive regarding the problem stating, “it was an ethical problem? I cannot understand why you say that… We didn’t lie.”

As expected, Volkswagen’s lack of ownership of its emission problems has had a dramatic effect on sales, with March the 16th month with a drop in sales over the last past 18 months.

In contrast, IKEA, which has had problems recently with dressers that tip over, has taken the issue head on. In one of the largest U.S. Consumer Product Safety Commission recalls involving over 29 Million IKEA products the company is now attempting to lead the charge in consumer safety.

U.S. IKEA President, Lars Petersson took to the airwaves to alert consumers about the issues, “You may have heard about the recall of IKEA MALM and other chests of drawers models… At IKEA, we want to help create a better life for our customers. Part of that is helping our customers create a safe home for their families.” The company has created a campaign called, “Secure It” to educate consumers about tip over accidents.

And while this is not exactly an apology, IKEA is acknowledging the issue and offering help to consumers. It has received the backing of The American Academy of Pediatrics, Consumers Union, Consumer Federation of America, Kids In Danger, The National Center for Health Research, Public Citizen and Shane’s Foundation.

Brand crises have enormous immediate and far-reaching implications. Rapid acknowledgement and a sincere, human apology are the determining factors as to whether consumers will ultimately forgive, and continue the brand relationship, or not.

As a leader in providing Voice of Customer research-based guidance, ERDM has conducted over 10,000 hours of interviews with their clients’ customers and prospects, to gain an in-depth understanding of their expectations for high-value relationships.

Visit his blog at: http://ernanroman.blogspot.com/

What Our Customers Say

We could go on forever about the benefits of preference management, but sometimes it’s better to let our customers do the talking.

Listen to their challenges and solutions — and get inspired!